As I mentioned in my last podcast, Tuesday night I went to the Menil Collection to see Pedja Muzijevic play John Cage’s Sonatas and Interludes for Prepared Piano. Tiffany and I walked to The Menil Collection from her apartment a few blocks away, which reminded me how much there is to love about Houston. It was an interesting crowd, and actually pretty amusing when a couple of cell phones went off during the performance, considering Cage’s philosophies about chance music. Muzijevic joked after the first piece was interrupted by a cell phone that John Cage was probably the only composer who would actually suggest that the audience turn ON their cellphones during the performance…”let’s just see what happens!”
Something became perfectly clear to me during the performance that I have been wrestling with for several years now:

working in theater has killed (or mutilated, at least) my passion for playing the piano.

Not only have I spent years hacking away at piano reductions of orchestral scores I have little interest in to begin with, but playing the piano has meant the drudgery and frustration of seemingly endless reheasals teaching singers who don’t read music how to sing their parts– all for a pitiful (at best) salary. The result of this has been the loss of a social life, the inability to see inspiring performances like the one I saw on Tuesday, and the abandonment of my own compositions/ pianistic adventures.
So yesterday I turned down the fourth musical directing gig I have been offered since my last show at Unity Theater in February. I also dusted off the score for Three Visitations, a piano piece I wrote for Dominic Walsh years ago that he has expressed interest in using. All I have to do is learn how to play the damn thing and get a recording of it to him.

I was excited to get some positive feedback about the John Cage segment I did on MPOB 45, it looks like some of you would be interested in more of that with other composers. It sure helped me snap into some excitement about music again. Let me know if you like that sort of thing. 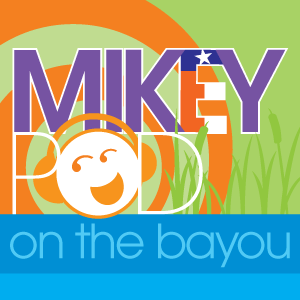 Today I talked with Jerry Larson, the Green Party‘s Candidate for Texas Governor, send out a special greeting to a dear friend and give a mini lesson on the splendor of John Cage in anticipation of a Da Camera performance at The Menil Collection tonight.

Thanks for all of your support and e-mails this week!

on freedom and possessions

I started reading David Dellinger’s From Yale to Jail this week, and something he said took me back to some Siberry inspired musings about possessing things I wrote about back in February. In general, I was thinking about the idea that our belongings serve more to keep us imprisoned than really provide us with comfort. Dellinger was speaking about a trek he took while he was a student at Yale University. Having left all of his money at home and dressed in his rattiest clothes, he set out to discover more of that it was like to be regarded as a “bum.” He writes of his experience asking for money in Central Park:

The first person walked past me without answering. I can see him now, more than fifty years later, a man in his late twenties or early thirties, with glasses, wearing a dark suit, pinstriped shirt and tie, and with a little lilt to his walk. He hesitated for a moment, looking at me in a questioning manner, probably because he couldn’t hear what I had tried to say. Unable to find my voice, I opened my hand and he moved on. The second man said something like “Get away from me, you bum!” Several more turned me down, with or without words, but I didn’t care. Already I had recieved more than I had asked for. With my first request I felt a miraculous release of tension inside me . As I continued, I experienced continually expanding feelings of freedom and joy.

“Continually feelings of freedom and joy” reminds me so much of the lightness I saw on Jane Siberry when she handed off her guitar.

Not really much more to say about this really, just making the connection with my continued conflict with wanting stuff and also wanting to be free.

After quite a bit of detective work, I finally managed to track down PolyCotN, one of Houston’s infamous knittas. I knew this knitting tag crew had made its mark on Houston, but I didn’t realize that they are known throughout the world, even as far as China where they tagged the Great Wall.

So tonight I sat in on their meeting, it was pretty amazing. So much yarn, so many baskets, so much clickingclickingclicking of needles. Anyway, they agreed to let me go tagging with them sometime soon. The date is actually set, but I am not sure how much I am supposed to say, they are a rather secretive bunch. Just know that sometime soon you will feast your earbuds upon a soundseeing tour of me trailing along with PolyCotN and AKrylik as they knit the town red.

Also, I just lined up an interview with the Green Party of Texas’ Gubernatorial candidate, Jerry Larson. Time to get all political and shit. That interview should be up next wednesday at the lastest.

Today I talk with Russell Holliman, founder and CEO of Podcast Ready, an exciting new way to subscribe to podcasts.

Music: The Family- The Screams of Passion (so out of print it’s not even funny)

PSA-Register to Vote from Adam at The Krebs Cycle

Juilliard for me this summer.

Chris Doelle and I went to see Lanky last night. Hear the soundseeing of the event at Riding With the Window Down. One of Chris’ many podcasts.