I’m feeling much love for a couple of new releases from New Amsterdam Records today and I’m inspired to write a rare text post on the site to tell you about them. 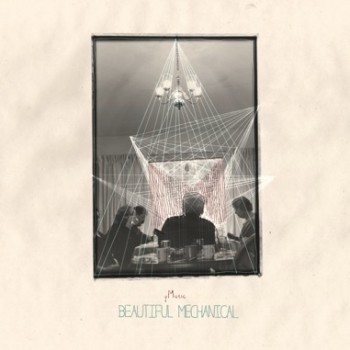 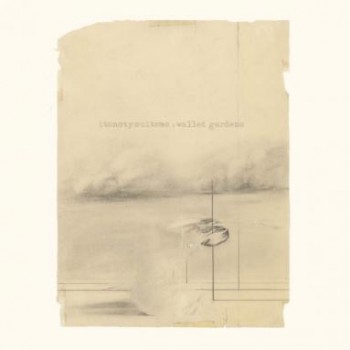 The violin/guitar duo itsnotyouitsme released everybody’s pain is magnificent this week as well. This album reminds me of why I’m not a music critic. I don’t have enough words. Just listen. It’s really breathtaking.

Both albums can be streamed from the New Amsterdam site. You can thank me later.

All this is to say, if you want some MikeyPod action, come to one (or both) of those shows. Otherwise, I’ll be back in NYC with time to spare for podcasting in October.

Also: keep an eye out for my new artist site currently under construction.

Thanks for dropping by, and I’ll see you soon!

I am hesitant to write “best of” lists. I mean, really, who the hell am I to start talking about which album is better than another? Well, I am a music snob, that’s who. You should be listening to me, and if you aren’t then you are stupid and I’m, like, way cooler than you.

1. *Gavin Castleton – Home (Five One)
This one won’t come as a surprise to those of you who listen to the podcast or follow me on twitter. This is my favorite album of 2009, hands down. Castleton placed the story of a six year relationship and subsequent break up in the context of a zombie film and did so with great effectiveness. He wrote every note of these luscious arrangements, giving nods to numerous genres while maintaining his own sense of identity. No other album gave me as much pleasure this year and I remember distinctly how it felt to listen to “Coffeelocks,” the first track I heard from the album.

In the liner notes, Gavin says, “This album is designed to be a sonic hug to those of you who are dealing with heartbreak.” To Gavin, I say, “It worked. Thanks.”

2. Sweet Billy Pilgrim – Twice Born Men (Samadhi Sound)
I can’t remember how I first discovered Sweet Billy Pilgrim, but I am so happy I did. I sort of lost track of them and then the next thing I know they are releasing an album on David Sylvian’s label, Samadhi Sound. I have been a shameless worshiper of Sylvian’s work for a good twenty years now, so lets just say I was a little more than elated at this discovery.

3. *Jane Siberry – With What Shall I Keep Warm (Sheeba)
After a few years of being known as “Issa,” Jane Siberry returns with this magnificent album. It has been a delight to follow Jane/Issa in her travels since she left Warner Brothers and started her own label in 1995. Though I have not been in love with every release since then, her approach to releasing music and connecting with fans has further deepened my appreciation for her music. Looking back at the journey toward With What Shall I Keep Warm (which included letting go of many of her belongings and changing her name), I feel many of the questions I had about what the hell she was up to have been answered. Much like her individual songs, the body of Siberry’s work makes much more sense when I look at it as a whole rather than individual releases.

standout tracks: Then We Heard a Shout, In My Dreams, and Phoenix (for teenagers).

4. Yoko Ono & Plastic Ono Band – Between My Head And The Sky (Chimera Music)
I don’t think I will ever stop being impressed with Yoko Ono. The album starts with classic rocking and screaming Yoko, progresses through some dancy electronics (thanks to members of Cornelius whose distinct influence is felt on “The Sun Is Out”) and winds down with a trio of strikingly sparse songs that feature Yoko’s reedy voice accompanied by a piano-centered chamber ensemble. The album’s close is perfect and a fine example of Ono’s philosophy and artistry.

standout tracks: The Sun Is Down, I’m Going Away Smiling, and Waiting For The D Train.

5. David Sylvian – Manafon (Samadhi Sound)
David Sylvian continues to reinvent himself with each new release, pretty impressive considering the fact that he has been recording for thirty-some-odd years. More impressive, though, is his ability to maintain the vitality and originality of his work. For Manafon, Sylvian assembled a crew of free-jazz musicians (piano, sax, double bass and turntables, among others) to color his bare vocal tracks. The result is a brilliantly intimate album that requires a good bit of attention and patience to fully appreciate. I am still falling in love with new layers of goodness in these pieces.

6. *Division Day – Visitation (Dangerbird Records)
Not just a great band, but fucking nice guys as well. I’ll admit that at first listen, Visitation didn’t grab me like I hoped it would, but while giving the album a second listen on the subway the dissonance in the beginning of Malachite had me squirming in my seat for nearly forty seconds before allowing me to take a breath. I love music that causes a physical reaction in me. Stravinsky’s Rite of Spring does it, and now so does Division Day. That experience gave me a new point of reference for how to listen to the album and what this album does – expertly bring together the band’s seemingly irreconcilable influences (black metal + David Sylvian = what??) in a coherent and glorious way.

7. Wild Beasts – Two Dancers (Domino Records)
I immediately fell in love with the track Hooting and Howling when it was a featured free download from Other Music, and nothing on this album disappoints. Hayden Thorpe’s signature falsetto is tempered by bass player Tom Fleming’s Bowie-esque crooning. Heavy on the hypnotic percussion and sonic guitars, in all the right ways. Baroque-inspired-percussion-heavy-art-pop… yeah, that’s it.

standout tracks: Hooting and Howling, Two Dancers (i), and The Fun Powder Plot.

8. *Uniform Motion – Pictures (self-released)
My first introduction to Uniform Motion was through their cover of Talk Talk’s Such A Shame, but my love for their music now runs much deeper than our mutual appreciation for one of the best bands to come out of the 80’s. Four-string guitars, chilly harmonies and surreal lyrics give these guys a distinct identity and the accompanying cartoons add a particularly unique layer of understanding to their work. You can download the entire album for free here.

9. *Josh Mease – Wilderness (Frogstand Records)
Josh Mease sent an e-mail to my neighborhood listserv (is that word outdated yet?) this year looking for guitar students. Out of curiosity, I checked out his music, and bought the album at once. Good, solid songwriting, hushed intimate vocals and intelligently whimsical arrangements make for a great listen. All this from a debut album? Hells yes. Can’t wait to hear what’s next for Mr. Mease.

standout tracks: White Diamonds, I See You, and Eleanor.

10. *Anois – Treehouse Whispers (Aerotone)
There’s not much information to be found about this German duo. Their label’s website redirects to a page advising that they have gone to sleep in order to regroup, and I can’t seem to find a place to tell you to purchase the album. Still, find it you should. Anne and Lars have created a lovely, intimate and often romantic gem out of a handful of instruments and their voices. If you can’t track it down, let me know and I’ll send it to you. I don’t think they would mind.

(the * next to an entry indicates that the music is podsafe. I have played some of the other artists on MikeyPod with special permission, but I only indicated bands here that I am certain are okay for anyone to play.)

Apologies for the lack of a podcast this week. Sadly, the mixer I use to record the podcast has fallen ill so it looks like there will be a brief MikeyPod hiatus while I work on getting it fixed.

This is a great time, though, to point out the new handy dandy paypal donate button on the left side of the site. I do this podcast for fun and out of excitement for sharing new music with you, but unfortunately things like bandwidth, web hosting and equipment purchasing/repairs cost me money… money that I don’t normally have a surplus of. If you have an extra few bucks laying around, I could really use them to get the mixer situation remedied much faster. If you don’t… just hold tight and I’ll have another episode out as soon as I can!

Those of you that heard Mikeypod 127 are familiar with Reuben Butchart and his residency at Robert Wilson’s Watermill Center.

Here is a preview of the documentary that filmmaker Mark Robert Jackson is making about the residency and the CD. The song is called “The Gull And I” which Reuben shared a demo of on the show. This recording is spellbinding, I tell you, SPELLBINDING! Just lovely. I really can’t wait for the release of the CD!

By now you all know that I am in awe of Gavin Castleton. I mean seriously. I was working while he was doing this set live on the legendary Morning Becomes Eclectic, but fortunately, KCRW puts these performances up on their site.

Gavin is the type of artist we don’t get to see very often. Watch and be amazed.

This morning I finally got around to putting up the show I recorded with my pal Joey Piscopo only to discovering that the recording was jacked up beyond repair. Please take a look at his video short of outakes from the ShamWow guy as you bide your time for the next podcast!

I have been tweeting about this dish so much and people have been asking for it so here it is. Isa Chandra Moskowitz gave me permission to post this, it’s from the Veganomicon. Buy it. I included the recipe correction from The Post Punk Kitchen forums

In a large, deep baking pan, toss the onion rings with the olive oil to coat. Be sure to separate the rings and spread them out in the pan. Roast in the oven for 25 to 30 minutes, stirring often. The idea is to get most of the onion rings deep brown, crisp and even burned on the edges. The deeper they roast, the sweeter they’ll taste. When done, remove from the oven and set aside.

Bring four cups of water to a boil in a large, heavy bottomed pot. Add the rice . cinnamon stick, ground cumin, ground cloves, and allspice. Bring back to a boil, then lower the heat, cover and simmer for 15 minutes.

Uncover and add the lentils, stir gently only a few times (too much stirring can break the rice grains); cover, bring to a boil again, lower the heat to low, and cook for an additional 45 minutes, until the liquid is completely absorbed. Remove from the heat and set aside the covered pot for 10 minutes.

Use a fork to gently fluff the lentils and rice. Remove the cinnamon stick. Gently fold the caramelized onions into the lentils and rice, making sure to drizzle on any remaining olive oil from the roasting pan. Stir thoroughly. Serve warm or at room temperature.